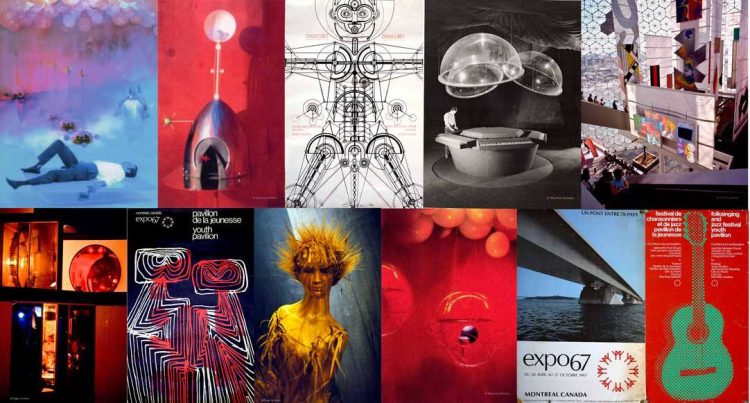 50 years ago this month, Montreal hosted the largest gathering of avant-garde art and design ever seen! Expo 67 was the 20th century’s most successful World’s Fair, taking place during a time of both social and artistic upheaval around the world. Visitors were treated to an incredible concentration of some of the most forward-looking, boundary-breaking art of the time, from Pop Art to Xenakiss’ and Otto Joachim’s experimental sounds to Buckminster Fuller’s utopic geodesic dome. Expo 67: Avant Garde! is an exhibit of poster art, photos and ephemera from Expo 67 and late 1960s Montreal illustrating the impact Expo had on a generation of young Quebec artists, those who went on to build the province’s own avant-garde and experimental arts milieu. Archive Montreal unearthed many rare, never-before shown works and photos, and will launch the exhibit with a vernissage featuring music from Expo 67 and its era. 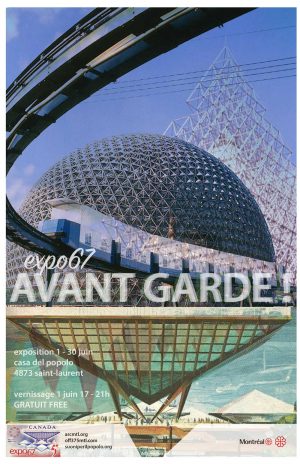 An ARCMTL production in conjunction with the Suoni per il Popolo Festival, Mucho Gusto and the Centre d’Histoire de Montréal, made possible in part thanks to the support of the program Soutien à la diffusion du patrimoine montréalais.