This summer, the team at Archive Montreal has been catching up on a backlog of audio cassettes to preserve and digitize.

As in many smaller archives operating with limited budget and staff, Archive Montreal has to prioritize the material to be preserved and catalogued. Audio cassettes, particularly those from the 1970s-1980s, are a priority because of how they degrade over time. As with any magnetic media such as hard drives, floppy discs, reel to reel audiotape or videotapes, they can be more easily damaged than fixed media such as books, records or celluloid film. 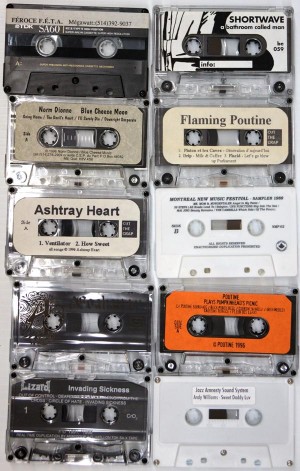 There are a lot of different collections of audio cassettes in our archives – they come to us from specific recording studios, radio stations, radio DJs, record labels or bars that would receive demo cassettes from bands back in the 80s or 90s.

Normally, we try to preserve and digitize an entire collection. If it’s too large, we digitize the oldest or most fragile material first. Occasionally, somebody will loan us rare cassettes for us to copy and return. In these cases, we usually focus on processing the collection as quickly and thoroughly as possible before returning the original cassettes (with the digital copies) to the individual who graciously lent them to us.

What follows is a peek behind the scenes at a cassette digitization and preservation session at our archive centre.

Several detailed procedures (or “workflows”) have been developed by our archivists over the years to guide each step of the process. These cover subjects such as: how to document the collection that is being preserved and digitized; what the settings should be on the equipment used to digitize the audio; how to document and scan the inserts, packaging and cassette itself; how to process the digital materials so they could be used on a website post such as this or played on our radio show; and how to catalogue and store both digital and physical versions at the end of the process.

In the case of an individual who donated or lent a collection, we might interview the person to document their years of collecting local cassettes or recording them in a studio, for example. You never know what sort of information future researchers, labels, compilers or just plain fans might want to know about, so it’s important to document an item as much as possible when it’s easy and convenient to do so.

Sometimes we conduct research to find out, for example, if the artist(s) who made the cassette are still active, whether the material has already been made available online, or to find out who the rights holders are.

Here are a few photos of a recent session.

We start by selecting a collection of cassettes. Here are a few triaged small collections to choose from. 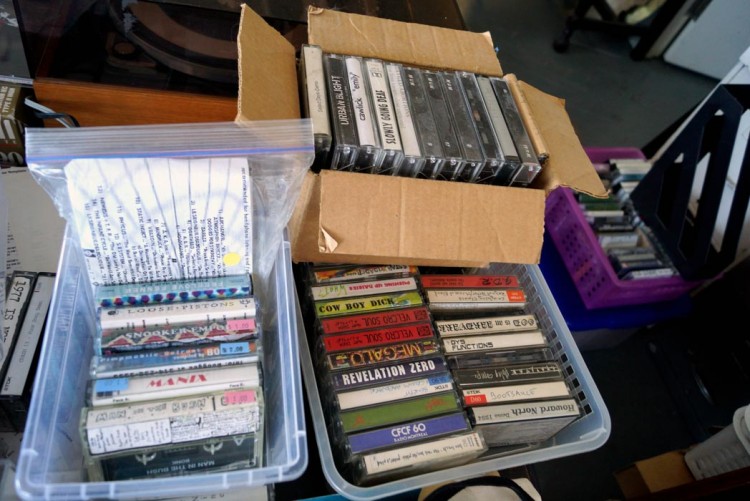 We use a studio-grade 3-head cassette deck for digitizing tapes. This specific cassette deck was one of the last ones in use at Silent Sound Studios, a semi-legendary studio on Clark St. in the Plateau which closed in 2002 and where hundreds of albums and demos were recorded over the years. We rescued many recordings left behind when the studio closed, and were happy to leave with this cassette deck as well. 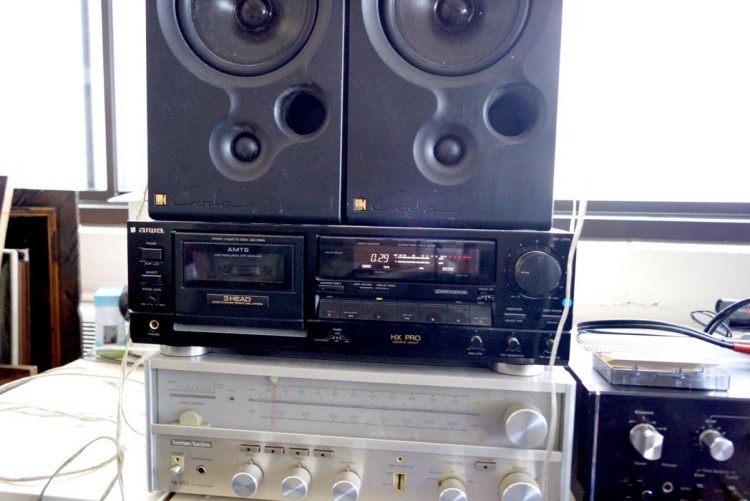 The chain of equipment used is essentially cassette deck to Sansui amplifier to Zoom H6 portable digital audio recorder. Normally the highest possible resolution is selected on the Zoom H6 (WAV 96 / 24). It is easy to generate lower resolution files such as MP3 files from a high resolution audio file, but the reverse is not possible. 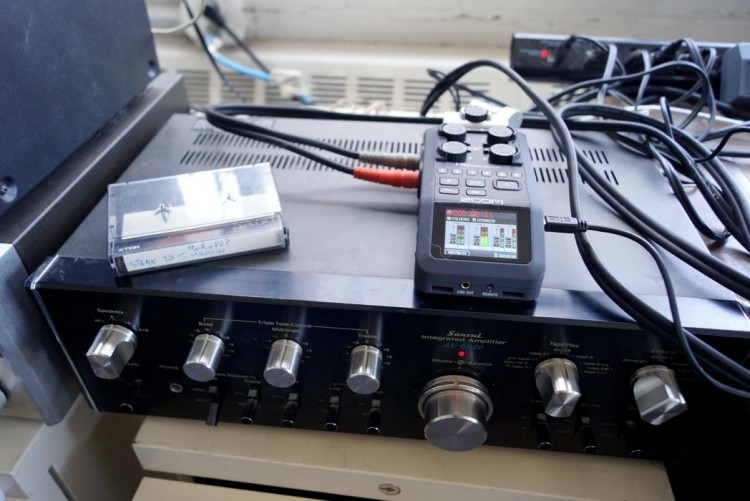 We use this late 1970s vintage Sansui amplifier because of the range of adjustments that can be made, such as selecting mono or stereo, as well as because of its very warm sound. 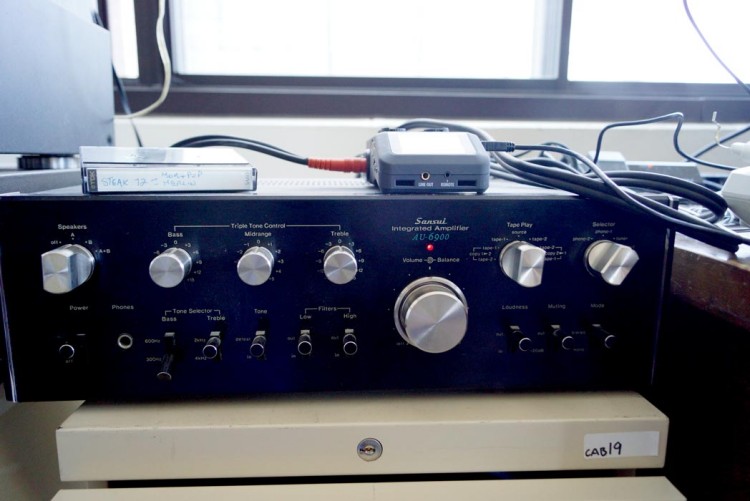 Our archival assistant Maia opens each audio file in Sound Forge, separates the audio file into individual song files, and scans the cassette inserts and packaging on the Epson scanner next to her. Each song as well as the image from the cassette are then placed in data folders and catalogued according to Archive Montreal’s cataloguing codes. 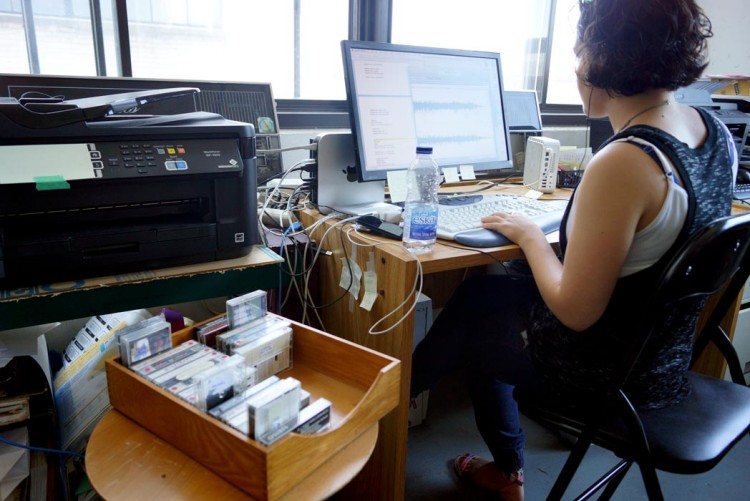 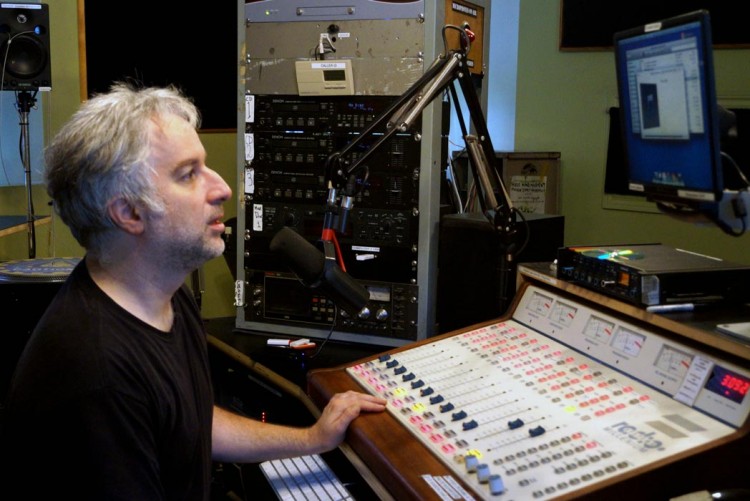 Many older cassettes have lost volume and are not loud enough to be played through the CKUT studio’s cassette player on the air. The freshly digitized files are therefore placed onto two different computers in the studio, and the DJ previews which track to play next from one of the computers while a song plays on the other computer. 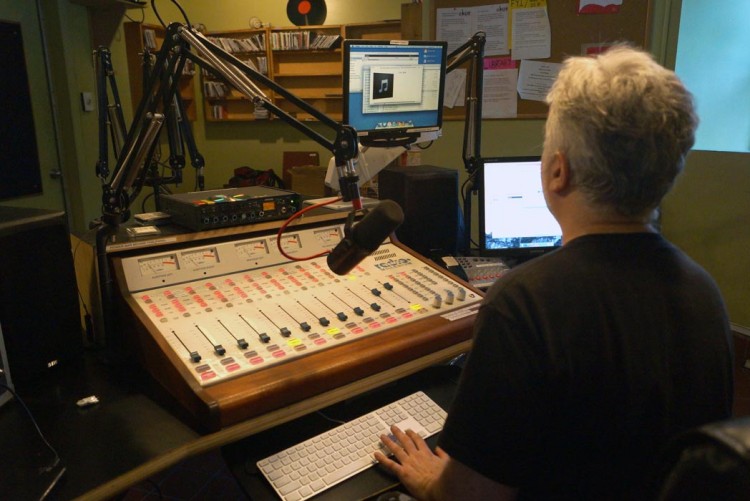 While at the studio, we sometimes take a look at CKUT’s own archives to see if there are local cassettes that are not already in Archive Montreal’s collections. 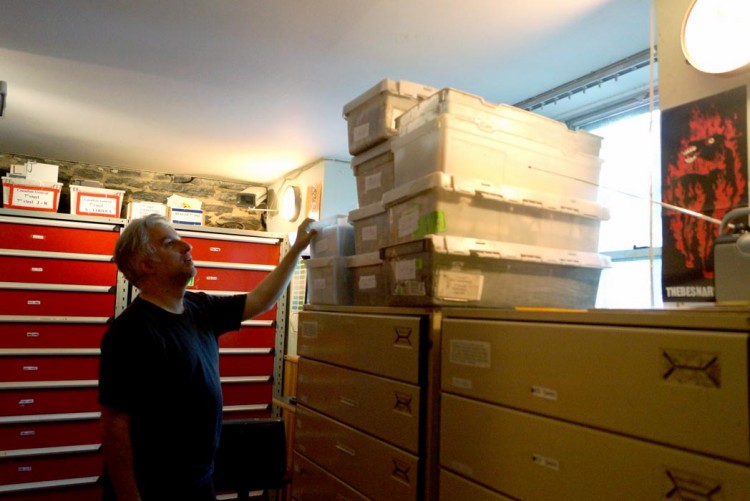 Maia goes through a box of cassettes from the CKUT archives while the DJ hosts the show. She verifies which cassettes are from Montreal and are not in the archives. This summer, Archive Montreal has been digitizing these tapes, and the digital files will be added to both Archive Montreal and CKUT’s digital archives for convenience as well as preservation.

Check out the Montreal Sound Ark blog to hear some of the recent shows that feature local cassettes.

If you have any cassettes of Montreal-related music yourself, feel free to contact us at archivemontreal@archivemontreal.org if you’d like to have them digitized or to donate them to our archive.